How to learn 24 hours a day 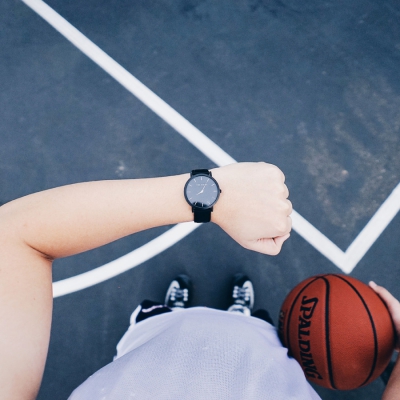 Warning: this article could change your life. As the man said, you already have all the time there is. So no excuses, let's get on with it ..

I don’t know about you but I can’t survive solely on a reading diet of learning, business and technology. That’s just too much protein. I need to balance it out a bit with some fiction carbs and some leafy green arts and culture. And I can’t just read books all the time either. Like you, I’m making more use of webinars, I’m also trying to make learning a bigger and regular part of the business conversations I have and I’m constantly reminded just how much I’m learning from YouTube - on myriad different subjects. Only yesterday I learned a nifty way to import tables into MySQL using Excel as well as the best way to keep an iPhone charged up on a long cycle journey. I’ll leave you to decide which is the more sad.

Just to go back to books though, I’ve taken to Kindle editions more than I thought I ever would. Kindling really took off for me not when my wife got one but when instead I made myself read a load of free books using the Kindle app on the iPhone as a little experiment. Something about the iPhone always being with me but I’d have to make a conscious effort to remember to take the Kindle. Previously I’d been harbouring a big old-fashioned prejudice about e-books mainly because the physicality of books really matters to me.

The books that mean the most to me I can generally remember where I bought them, what I was doing at the time, who I was with, and so on. A small number of books that I know really well I can visualise which side of the page a particular quote appears on, and so on. Perversely, I even like carrying books around with me especially computer books, which tend to be the heaviest! Rather like the old joke in which the passer-by asking a man why he’s beating his head against a brick wall receives the answer “because it’s lovely when you stop”, I like the idea of not having to carry a book around any more once I’ve transferred the best bits into my head. It’s a weight off my shoulders and my mind feels pleasantly nourished.

On the other hand I’m really grateful to Kindle and the various volunteer digitisers for making a number of books available I’d simply never have come across otherwise. Chief amongst these is a wonderful little book called “How to live on 24 hours a day” (ranked #135 in the Kindle Store’s Free Popular Classics chart at the time of writing), which I massively recommend to you. Written by the journalist and novelist Arnold Bennett and published 101 years ago, effectively this is a little self-help book that you can read in about one hour flat. Its central idea is that life is short yet we spend much of our “spare” time with little or nothing to show for it. Does that ring any bells?

Rather like the rest of his output, this little book came in for a lot of criticism (modern readers will baulk at his references to servants, male-centrism etc) but he’s a beautiful writer and what he has to say about time made me think more than twice: “We never shall have any more time. We have, and we have always had, all the time there is” and “Its right use, its most effective use, is a matter of the highest urgency and of the most thrilling actuality. All depends on that. Your happiness – the elusive prize that you are all clutching for, my friends! – depends on that”.

Bennett’s audience was post Industrial Revolution white-collar workers, many of whom he believed were less than wholly fulfilled at work. He wanted to help these people recognise that work need not be all consuming, that there is more time available outside normal work hours than is immediately apparent and that doing something meaningful with this time aids wellbeing. Nowadays, despite a gradual blurring of the distinction between home and work and the fact that his 10-6 has become our 9-5, the daily drudge concept is still very much with us and continues to cast a shadow over the rest of our time, such that “the hours preceding them and … following them are nothing but a prologue and an epilogue. Such an attitude, unconscious though it be, of course kills his interest in the odd sixteen hours, with the result that, even if he does not waste them, he does not count them; he regards them simply as margin”.

Bennett’s book shows people how to find the time they don’t always realise they have and put it to good use, so that “marginal” activity can produce disproportionate benefit. He reckons that, with a bit of determination, most people should be able to find 7.5 hours a week: 30 minutes before work, 6 mornings a week; and 90 minutes after and/or at the weekends, 3 evenings a week. His “contention is that the full use of those seven-and-a-half hours will quicken the whole life of the week, add zest to it, and increase the interest which you feel in even the most banal occupations”. Bennett says that what we do with this new found time is ultimately up to us but prefers those inputs which stimulate reflection and self-development and particularly recommends poetry and the works of Marcus Aurelius.

These worthy pursuits may or may not tickle your fancy, I guess, but surely all of us will have our own list of things not only that we’d like to do but also that we’d like to learn how to do. We have more opportunities to learn that we realise – some we miss because we don’t recognise them as such, some because we (think we) can’t afford the time. The former is a shame; the latter is a tragedy. How many of us return home from work so exhausted that we feel we need to reward ourselves with a couple of hours of mindless telly only to find that at the end of it we feel waste-guilty? That’s cool some of the time but we mustn’t let it become all of the time. Far better do something seemingly more of a stretch but ultimately more satisfying. Doesn’t matter what you start with, just get into the habit. Help your little boy get his knots badge at cubs; learn plumbing (it’s easier than you think); foster an interest in foreign policy. Get yourself re-engaged in your life outside of work.

The same, incidentally, is just as possible at work as it is at home. Be honest with yourself. You could easily shift your daily work around to ensure that 30 minutes is spent not doing the job but thinking about how to do it better, cheaper, faster – whatever. If your bosses thank you for it, so much the better. If they don’t, you’ll still have the satisfaction of having made more of your time.

Don’t be put off if you stray from this healthier mental diet. Bennett again: “If you are not prepared for discouragements and disillusions; if you will not be content with a small result for a big effort, then do not begin. Lie down again and resume the uneasy doze which you call your existence. It is very sad, is it not, very depressing and sombre? And yet I think it is rather fine, too, this necessity for the tense bracing of the will before anything worth doing can be done. I rather like it myself. I feel it to be the chief thing that differentiates me from the cat by the fire”.

Just start again: you have a huge capacity to learn new stuff with another 24 hours coming tomorrow. Don’t blow it. Do you not find it strange and a little sad that the word “learningful” doesn’t really exist when it is such an obvious and important concept and so much at the root of what it is to be alive and human? So I claim to coin the word “learningful” in these pages and hereby launch the virtual “Campaign for More Learningful Lives” – at home and at work, learning on 24 hours a day. All contributions gratefully received. How do you plan to make yours?