Warning: count(): Parameter must be an array or an object that implements Countable in /homepages/37/d420554721/htdocs/makemhome/makemhomenew2/components/com_k2/models/item.php on line 881 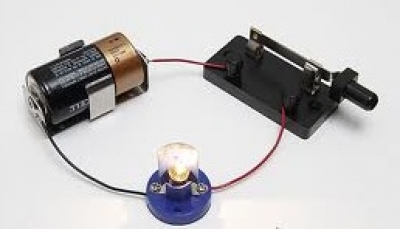 Why "closed circuit" learning management is more secure than open circuit learning management, why that's particularly important for compliance training where large volumes of users have to prove competence and some hints and tips should you ever decide to install a new burglar alarm.

On the face of it, installing a replacement burglar alarm in a cellar wouldn’t seem to have much to do with learning management technology, would it? But the twenty or so hours I’ve spent over the course of a few recent evenings and weekends, which ironically were supposed to take my mind off work, have prompted more than a few new thoughts about learning, what I do in my day job and how I feel about it. Before we go on, I should say that struggling to wire up various bits and bobs on my own and away from natural light is not my idea of a social learning experience but it has been very interesting nonetheless.

To start off with, I should say that I like a bit of DIY, I know a little about electrics but I know nothing about electronics. Our old burglar alarm had stopped working, we had removed the door between kitchen and hall which had previously completed a normally closed circuit (I am going to hit you with something hopefully insightful about the nature of learning management below when I talk more about different kinds of circuit so no channel switching please) and both the alarm’s manufacturer and distributer had seemingly gone bust. Even Google failed to come up with any working contact details or even a sniff of documentation.

In other words I was looking down both barrels of having to Get Someone In, who would inevitably recommend Putting A Complete New System In – much like dealing with a new technology provider. But I knew a lot of the existing components could be re-used, I didn’t want to have to take floorboards up or go up ladders and I most certainly did not want to redecorate. Metaphorically, I get enough of that at work. I know, I thought, I’ll just replace the control panel myself and put a few more sensors in: cheap, greener than it might have been otherwise, a potentially learningful experience and a bit of fun into the bargain. Champion!

The first thing I learned is that it’s actually quite hard to evaluate which products are really going to satisfy your requirements without taking the plunge and making a purchase. The marketing materials don’t tell the whole story, of course, there are relatively few genuinely useful user stories out there on the internet and it’s almost impossible to get an installation manual unless you’re registered as being a “proper” installer. Because I was expecting this to be way out of my comfort zone I ended up buying not necessarily the “best” system but one for which I could get an installation manual and which I was confident could be expanded if and when my skills and experience grew.

The installation manual occupied more than a 100 pages of densely packed PDF and took no prisoners. Written by obviously brilliant engineers, it made no concessions to how the rest of us think. However, such is my stubbornness / vanity / quest for self-development (delete as appropriate), this was nowhere near enough to put me off. I will admit though that when I discovered that the control panel came with spare resistors I did begin to wonder if I’d bitten off more than I could chew.

Less than an hour into the project I encountered my first major setback: before you can program the system, you first have to wire up all the different devices correctly, including the motion detectors, door sensors and sounders; but to get the wiring exactly right, the less experienced installer needs the programming interface to check progress along the way. Catch 22! What I wanted, needed and expected was a means of getting my hands dirty early in the process, experimenting till I got something right, building that part of the system, going on to the next one, testing throughout, and making a series of small incremental steps culminating in a finished product that I could feel good and confident about, one that “worked” and that I could maintain myself in the future.

Clearly I’m not saying that rolling out a Learning Management System to tens of thousands of learners is no harder that installing a domestic intruder alarm but there are at least a few similarities. Most obviously the process is not as client-driven as we might expect and things could be made a whole lot leaner and easier. Over ten years ago now I designed and built a couple of LMSs using what we would now regard as dreadfully primitive and unreliable development technologies where the challenge was to make something inherently quite complicated as easy as possible for the client to understand, buy, install, use and benefit from.

All these years later, the technology is so much more robust and systems can be configured (not customised, admittedly) really easily. But now it’s the Everything Else that’s the stumbling block. And there’s so much of it; there are loads of people in the end to end value chain – not just installers - all charging you for their lunch. Sandpit systems often arrive far later than promised, which hampers agile working and iterative prototyping, so a different kind of front-loading takes place. We create masses of documentation to try to mitigate the risks of not ending up with what we want but much of this, I would argue, is displacement activity.

Back in the cellar the next surprise was that, completely contrary to my expectations, there appeared to be no accepted standard for which colour wires do what. Red is 12v positive, black negative, but the other four colours you seem to be able to use interchangeably. Of course by this time I’d dumped the old control panel without taking a photograph of how it was wired up and I was feeling pretty silly.

And occasionally I have the cheek to slag SCORM standards off! But there’s a world of difference between trying to put standards around content and interoperability on the one hand and trying to get your head round all the different ways learning is managed on the other. Where I work Finance is a reasonably well worked out, deterministic process where much of it either balances or doesn’t, Procurement is getting there, HR has a way to go while L&D is still orbiting the fluffosphere somewhere. People have radically different expectations of how learning can and should be managed and often fail to see things from other people’s points of view.

My little DIY project has helped me realise that I favour “closed circuit” learning management while many of my friends and colleagues, some of them clients, see nothing wrong with “open circuit” learning management. In an intruder system if you use a normally open circuit, the contact is broken when a window, for example, is closed. When the window is open, the magnet is removed and a spring closes the circuit and activates the alarm. One of the disadvantages of a normally open circuit is that cutting the wire will deactivate the window sensor and you won’t know it’s happened. With a normally closed circuit, opening a window will set off the alarm but so will cutting the wire.

Open circuit learning management relies on the hope that If You Build It, They Will Come and the ideal that we all have the time, energy and opportunity to take responsibility for plugging all and only the gaps in our self-development journey. It is intrinsically less “secure” because all we’re doing really is making content and resources available and hoping that people will cooperatively turn these into business value. But we’re into politics now. Some would regard this as employee empowerment; others an abrogation of management responsibility.

Closed circuit learning management on the other hand still relies on people co-operating and being engaged but it wards against any breaks in the circuit by trying to ensure continuity throughout the end to end process. It seeks to minimise the risk of any wires being cut which stop the flow of learning. In closed circuit learning management you bring people to the learning and to each other, you know who’s done what and why, who’s not done what and what the cost / benefit of each is. That’s the theory, anyway. Closed circuit learning management places a greater emphasis on accountability and keeping things tight. Small wonder that there are more open L&D circuits out there than closed ones: wiring everything up securely is a tremendously difficult job but that should be our goal if we are to prove real value add.

Anyway, having finished my little learning project, I now have a functioning, maintainable and upgradable burglar alarm. And with a bit of learning, recycling, patience and a number of false starts – all underpinned by a stubborn refusal to give in – I’ve managed it at what I estimate to be between 5 and 10% of the cost of a professional installation. If only I could pull that off at work!


Warning: count(): Parameter must be an array or an object that implements Countable in /homepages/37/d420554721/htdocs/makemhome/makemhomenew2/components/com_k2/templates/default/item.php on line 248

Tweet
More in this category: « Open source road trip
back to top