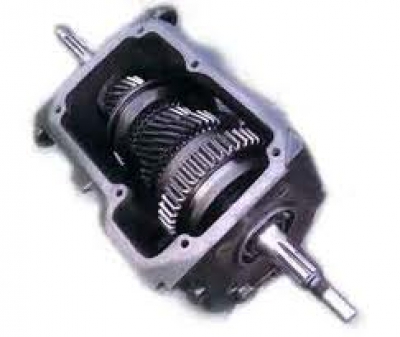 Playing a game of "Risk" with my children the other night I got to musing about the space that L&D occupies in the great board game that is corporate life ...

A lot of training and learning people I talk to client-side feel increasingly surrounded, no longer in control of their territory and unsure about the future. Many are wondering whether to try to repel borders, partner with them or in a number of cases what it’ll feel like to stop playing the game. The ravening hordes come in different shapes and sizes but already cost reduction is advancing from the North sharpening its scythe and getting ever closer; Shared Services block our retreat to the South; social learning is approaching from the West; and increased accountability and the drive for effectiveness as well as efficiency is looming in the East. These armies aren’t necessarily all on the same side but the point is that the independent state of L&D doesn’t seem the happy place it once was and it’s going to need to choose its allies very carefully if it is to avoid being shrunk, ignored or, perhaps worst of all, thought to be in the way.

But enough of the metaphor already. What’s brought about this crisis seemingly so suddenly, do you think? As usual it’s probably a combination of things. One of the biggest of course has got to be that technology is becoming better, cheaper, faster, easier to use, sexier, open and in some senses democratised (although I guess we’re all a bit scared that social networking site owners are competing with each other to see who can be the biggest Big Brother) and the fact that it’s all happening at the speed of light. Although disorienting and perhaps even frightening for some of us personally, professionally if you’re in learning there has never been a more exciting time to be alive – quite literally. I find it incredible to think that as a first year undergraduate I had to endure "lectures" where it was perfectly acceptable teaching practice to read out an hour’s worth of stuff you’d been delivering the same way for the last ten or more years with zero discussion nor indeed any interactivity of any kind. Brilliantly efficient for the sender but hardly an effective learning experience for the receivers. And that was a really posh redbrick university and I’m not that old. Learning change? Bring it on.

Another contributor is that often we haven’t fully confronted the challenge that is measurement, which makes us a bastard child in the business family that’s run along strict performance management lines. Doubtless we use Kirkpatrick level 1 more than 95% of the time but by the time we get to level 4 it’s plummeted to less than 5%. Recent pre-rationalisation data collection work carried out in the Civil Service surfaced many concerns and a great deal of insight. Tellingly, the top ten L&D MI items most commonly collected and presumably pored over are all either measures of costs or inputs, not an output measure to be seen. Little wonder why L&D is perceived by many as being more cost than benefit.

Speaking of which, try putting "saving money on training" into your favourite search engine. Many of the results will point to firms who want to help clients reduce their direct costs by converting face to face interventions to e-learning. It’s much harder though to find meaningful advice on how best to reduce the indirect costs of supporting either. This kind of activity is nebulous and less controllable but has a big, probably bigger, impact on the bottom line. And depending on where you work, converting "savings" into cash can be a serious challenge.

Subconsciously we expect the same of learning as we do training. Simultaneously we probably expect too much of formal learning and not enough of informal learning. Typically we spend the majority of our time worrying about the production of content with the little bit that’s left over devoted to the context. Too often learning initiatives are not considered in the wider business context, not looked at end to end, not driven by and measured against the things that are really hurting the business. We build ourselves an engine that can spin really fast but without a gearbox we’ll never get where we want to go.

Things have started to change though. One of the best things about social learning is that it shifts the emphasis from content onto people. It also frees up producers previously day-job employed to broadcast content point to multipoint to work out how best to facilitate more co-operative kinds of activity – get more engines spinning – and to help with transmission so that learning rubber hits business road.

So let’s talk briefly about reinventing ourselves. But where, as what and for whom? This is a tricky one. It’s often said that learning professionals have to become business partners but it’s difficult to do that when the form, function and style of training and learning vary hugely within and across organisations, as we all know. Within many organisations you see hybrid models, variants and there is a great deal of flux and uncertainty. Fashion sometimes wins over logic when it comes to business models.

Where I work we’ve been centralising what was previously a (glass half empty) fragmented and chaotic or (glass half full) federated operation under the mantel of the HR function. And because we’ve been following Ulrich, we house the more generic and transactional pieces of the learning function in a shared service operation. Bravely we even put all our delivery in too until we realised that business-specific "training" is probably best dealt with in operations leaving the multi-client shared service operation to deal with generic "learning". When we were in start-up mode our shared service operation’s strategy was cost leadership so were you to visit you would notice relatively fixed and narrowly defined jobs, a preoccupation with spreadsheets and a relentless pursuit of efficiency. Learning was aligned to the needs of the business and, for ourselves inside Shared Services, focused on cascading firstly six sigma and then Lean throughout the organisation. As we mature and our clients’ own form, function and raison d’être come under scrutiny we are looking at differentiating through business partnering, especially since we anticipate our clients’ centres of excellence will themselves shrink. Accordingly our learning initiatives will broaden out to include consultative skills, account management, coaching, challenging and engagement – hopefully things more predictive of effectiveness than efficiency.

There are some very serious challenges associated with the Ulrich model though. You aren’t necessarily a centre of excellence simply because that’s what you call yourself. Similarly you can’t magically reinvent yourself as a learning business partner just by assuming the job title. You have to earn it. And the other thing is that central "expertise" isn’t always wanted by operations even if it’s needed. Having abrogated their transactional responsibilities to shared services to concentrate on loftier matters, central HR professionals can then sometimes feel unloved because very often the transactional is all the field (really) wants from HR. "Talent management the preserve of HR? Do me a favour", as a blogger recently put it.

Learning folks can be the missing link in change initiatives but not if we remain stuck in our own ruts. We will come to regard what Professor Stephen Heppell terms Dick Turpin training ("stand and deliver") as the equivalent of "tea and tissues personnel", both of their time but both worlds away from where we are now. The point is that we all need to think about what it means to be "learning business partners", where priorities are created, owned and managed jointly with business leaders but discharged by people working co-operatively ("socially") within a framework that channels the power of the network to make real change and demonstrable improvements