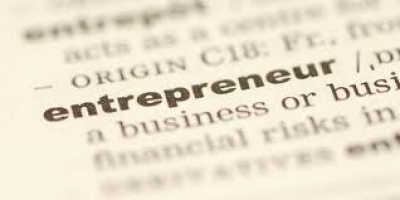 Who wants to be a learning millionaire? OK well maybe not millions of pounds, but would you settle for learnable learning, learned, shared and put to good use? Then take a leaf out of the entrepreneur's book.

I really enjoyed Learning Technologies in Olympia earlier this year. It was a great opportunity to catch up with some old friends, find out what people are up to and learn some stuff. Reassuringly, there were loads of people there, much more seemingly than at the neighbouring exhibition on cloud computing, which you would have thought would have drawn more crowds. The learning was lively, people were engrossed in conversation and there was a good vibe: all in all, an excellent antidote to the existential angst that besets at least some of us in the L&D profession.

However, and please excuse me if I sound a bit discourteous here, some of it did seem to be a bit "Hey, we're all still struggling to demonstrate our value add, it's just that this year we're doing it in HTML5". Glass half full, the footfall would seem to suggest that there's never been a more important time for organisations to want to get the very best out of their people; glass half empty, a lot of us still have a long way to go.

Little wonder why we find it difficult to talk about culture, the softer stuff, barriers, difficulties, setbacks, and so on; these things don’t make good marketing copy. Many of us know what a long, hard road lies between the learning organisation at the end and the unlearning one at the beginning. We also know that the journey is fraught with difficulty. Some of us will have run out of petrol on more than one occasion! Successful trips are rightly celebrated but we tend not to talk about the punctures, travel sickness, dead ends and the times we’ve had to go home. This is a pity, because there’s a lot of learning to be had from these unsuccessful outings and there are a lot of them.

When you’re working in an unlearning organisation, looking towards becoming a learning one can feel like it’s beyond the distant horizon somewhere. More chance of winning the lottery or taking an idea that’s been a twinkle in your eye for a while and turning it into a multi-million pound business. It’s easy to get discouraged. I’ve raised a few eyebrows at work when I’ve talked about “learned helplessness” but this is precisely what can set in culturally in the face of so much distance and so many obstacles.

Let’s think for just a minute about all the things that can go wrong. Ten or fifteen years ago, I first talked about a man called Frank Drake who came up with the famous Drake Equation, which calculates the likelihood that we might be able to communicate with some other civilisation within our galaxy. He made this estimate by multiplying together a number of factors which together determine the overall probability. Now, although our galaxy is huge, the number of communicative civilisations is only reckoned to be between 10 and 10,000. This is a relatively small number because a lot of different probabilities – some of them quite small – have to be multiplied together.

In the traditional, causal view of the learning business, a lot of things have to be just right for things to go well. With tongue somewhat in cheek, here’s the learning equation. The success, S, of any arbitrary learning initiative is given by:

Pc = the probability of a compelling business case being written and signed off
Pb = the probability of an appropriate budget being made available
Pt = the probability of a suitably thorough training needs analysis being conducted
C = the quality of the content, resources, interaction and so on
V = the volatility of this information
SC = the chances of all the different people in the supply chain getting on with each other and delivering on time and on budget
L = the life of the e-learning project
N = the number of end-users asked to do it
Fd = the fraction of these people who actually (re-)do it
Fl = the fraction of these people who actually learn anything from it
Fa = the fraction of these people who actually apply anything they have learned
Fr = the chances of these benefits being satisfactorily measured and recognised

For a long time I worked on ways of overcoming such obstacles and bettering the chances of delivering successful learning outcomes. But the idea of working backwards from your envisioned endpoint is always going to be fraught with difficulty and I now realise that I may have been barking up the wrong tree all this time. Social learning and its various enabling technologies have helped rejuvenate the learning industry and move it on, undeniably so, by harnessing the power of the collective but we still need more successes.

On at least some occasions and particularly at the start of a new venture, we might do well to take a leaf out of the entrepreneur’s book, or more specifically, learn to think, make decisions and behave like the best entrepreneurs do. I stumbled upon some really interesting research quite recently, which has turned what I thought I knew about entrepreneurship on its head, and has got me thinking about how it might be leveraged for learning purposes. The hypothesis is that the thing that makes for great entrepreneurship isn’t necessarily what you might first bring to mind but is an unusually different way of thinking based on what’s called “effectual logic”.

Effectuation is a way of making decisions, which great entrepreneurs are thought to employ when facing uncertainty; contrast the more traditional mode of thinking, which is based on causality. So, whereas causal thinking is more about "Let's try to predict to future so that we can do stuff to get there safely" – witness the equation above - effectual thinking is more around "Let's control things now so that we can have the future we want without having to predict it". If that sounds a bit weird to you, effectuation has a 15 year pedigree and is based on scientific observation. The woman behind it is called Saras Sarasvathy and you can read about her work on www.effectuation.org. Find the three page introductory paper which has the coloured diagrams. You can read it in ten minutes.

The particularly liberating thing about Sarasvathy's theory - she would prefer the term "logic" - is that anyone can learn to think and behave entrepreneurially. Entrepreneurs, like scientists, aren't necessarily born, they can be made. Effectuation can be practised and applied, just like the scientific method. You can learn to do it. And we probably need to become learning entrepreneurs.

Collecting 80 hours of taped interviews from 27 expert entrepreneur participants, Sarasvathy abstracted out five principles which she believes quintessentialise successful entrepreneurial attitudes and behaviour: 1) start with your means (assets, skills, knowledge, interests, network etc) and work out the different possibilities that can be derived from them; 2) work out what you can afford to lose at each step and be ready to change tack; 3) embrace surprises, don’t avoid them, working out how you can turn problems into opportunities; 4) spread the risk and return as quickly as you can with interested others and 5) build your own future, being careful to work those things you can best control. Repeatedly following these heuristics in order forms an “effectual cycle” wherein new means and new goals emerge and better stuff happens. Entrepreneurs get sellable products and services established; learning entrepreneurs get more learning learnable, shared, improved, reoriented and put to good use.

I do buy the thing about business alignment – absolutely I do – but we also need to loosen up a bit, go with the flow, put stuff out there, see what happens, adjust or withdraw and do it quick as you like. This isn’t the natural mode of operation for your average, time-served, quality-assured, causally-minded learning professional but it might just be the way forward: better ways to go after better opportunities.

Lastly, something which also really tinkled my fancy is the recommendation to “ready – fire – aim”, described in the paper “What makes entrepreneurs entrepreneurial?”. This really appeals to me because I’ve worked in so many organisations that spend so much time aiming they never actually get to pull the trigger. Beware: aim-fatigue can lead to learned helplessness. Let’s take some risks and do some serious firing, take aim, adjust and help hit those business targets. Before we all get fired ourselves.