Love the way you lea(r)n 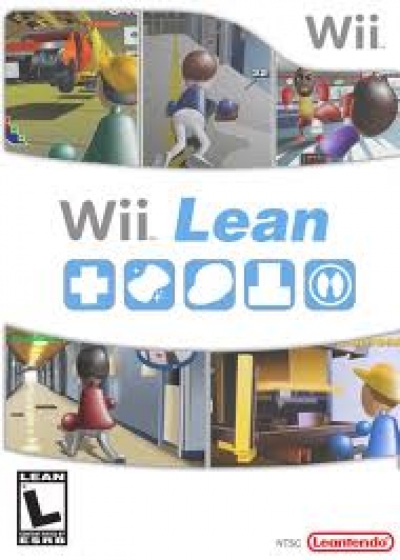 In this article we describe what the twin disciplines of L&D and Continuous Improvement (or lean, in its broadest sense) have to say to one another. The two have complementary strengths and different sets of weaknesses. What a shame, then, that businesses rarely seem to want to combine the two.

A ten minute browse through a couple of online etymological dictionaries gives the impression that, although they have been knocking about since Anglo Saxon times, the two words “learn” and “lean” have come to us via rather different paths. The word “lean” is an adjective that appears to have come from the word “hlaene”, meaning “thin, spare, with little fat”. “Learn”, on the other hand, is a verb that looks as if it could be descended from “leornan”, meaning to “get knowledge, to be cultivated” – fair enough - but somewhere along the journey to the present day it met the word “leis”, meaning “(follow or find the) track”. Weirdly, “leornan” and “leis” could even have had a chat with the word “laest” along the way, meaning “sole of the foot“. This sparked the thought that although I’ve probably done most of my learning to date sitting down – listening, talking, reading, writing – often the most enjoyable learning has happened in the doing, when I’m quite literally on my feet. What about you?

If it is a coincidence at all, then it’s certainly a happy one that the two words have become so like one another, separated by only one letter. Sadly, though, the separation would seem to be far greater in many businesses, which is a shame because the two share so many similarities and have so much to say to one another. Just for a second, let’s use some brackets to morph the two into one to explore some obvious similarities: Lea(r)ning, when viewed as a means to an end, often has performance improvement as one of its desired outcomes

But let’s be honest about the failures too: in some organisations at least, despite its best efforts, lea(r)ning will sometimes sit in the corner, orphaned, struggling to justify its place in the bigger business family. Often lea(r)ning struggles to assess the value it’s adding to its end-users or to the business. Nonetheless, what can learning learn from lean? Lean thinking encourages us to consider processes end to end, or from soup to nuts. “Closed circuit” learning management, which I describe elsewhere in these pages, requires us to better manage the whole length of the value stream, one aspect of which is making provision for the people who could get lost along the way. If we’re honest about it, a lot of learning activity is very wasteful: products take too long to develop, trainers’ utilisation is less than it could be, the same is true of venues, failures to attend abound, catalogues are strewn with redundant items, workshops are cancelled, user-generated content isn’t available to the people who most need it, much of it goes unread, some business problems are over-provided for, some under, vast amounts of money are spent on travel, content and systems have to be reworked after release, end-users get too much stuff they neither want nor need but not enough of the stuff that’s really going to make a difference to them and to the organisation, Learning and Content Management Systems are duplicated within and across IT networks, and so on.

Developing a mind-set that’s sensitive to such things can help reduce these wastes and hugely improve the efficiency and effectiveness of the learning function. Lean is best viewed as a business way of life but for some of its most zealous devotees it can become almost a religion. If this is too much for you, you can remain agnostic but still benefit from using the vast number of power tools in the lean shed. If you’re developing products for a blend, lean’s manufacturing heritage gives you lots of techniques that can help: kanban and other flow tools can help you ensure that all and only the right people have access to all and only the authoring tools they need; poka yoke – or heading off mistakes at the pass – can help ensure that designs are optimal before a penny is spent on development; takt time can be used to ward off supply getting too much out of kilter with demand; Failure Mode Effects Analysis to find and prevent bugs and so on.

There are enough tools available to fill a DIY superstore never mind a garden shed. To be effective, though, the right tools have to be put in the right hands and the hands have to have a quality head controlling what they do. In its broadest sense the concept of jidoka, which was invented nearly a hundred years old now by a Mr Toyoda (whose engineer nephew couldn’t have known how successful his one letter change was to become), means that the people doing the job can’t just unthinkingly do the job, crucially they are responsible for the quality of the job. They have to fix and improve - and keep doing so. This is kaizen, or the unending desire to add value. Service industries too have seen significant benefits from the application of lean. The learning function where I work is part of a larger shared service operation and our learning is subject to the same “better, cheaper, faster” ethic. Service improvement has a particularly vast opportunity space in Government because, glass half empty, we have swathes of bureaucratic waste that needs to be stamped out but also because, glass half full, we are big and ugly enough to commit to change and improvement over the long term, away from the vicissitudes of the next sales quarter that often distract the private sector.

So what can lean learn from learning? More mature learning organisations will have grappled with upskilling before and should have tried and trusted means for embedding new ways of working. Conversely, many organisations won’t have progressed much beyond the first of the three phases in the skill development model, awareness, where lots of money is spent sheep-dipping staff in an in-breadth “taught” kind of way but where insufficient attention is given to the practice and application phases, which is where rubber hits the road, more is “learned” and value added.

L&D can help secure that return on investment. Love them or hate them, Learning Management Systems too have their part to play in better managing the process. Especially when they’re hooked up to HR, LMSs can help you close the gap between who should be doing what, when and why and what’s actually happening. Lean practitioners’ work can quickly be productised through the careful use of rapid learning tools, blended, programmed and accredited. Whether it’s pull or push, products can reduce bottleneck, such that resource that was used to train can be freed up and reinvested into ensuring work converts into value. Trainers can progress to become champions, evangelists, mentors and, if they get high enough up in the organisation, advocates. Productisation brings other benefits, including reach to more distant markets. Also, learning people should be good at designing and developing blending solutions that “work”; increasingly they should also be good at seeding social learning solutions to establish, maintain and grow healthy and thriving collaborative spaces where successes and unsuccesses are shared and learned from.

Visual management, in the world of lean, could become virtual social workplaces in the world of learning In a world of continuous change, lea(r)ning is the stabilising constant that shouldn’t ever go away. Certainly it will need to be nourished, re-evaluated and re-invigorated as organisations are too good at trying the Next Big Thing, seduced by the sexiness of the new; much harder – but better – to embed what’s been proven. If you’ll forgive a last lean-related metaphor, all diets are merely the attempt to make fewer calories less dreadful a prospect. It will not always have the currency of an organisation’s latest fad initiative, but ultimately the organisation’s success will be predicated on how seriously it plugs away at its lea(r)ning diet.